MYR rallied in April: Discover what the future holds for the Malaysian Ringgit

The Malaysian Ringgit (MYR) has stabilised in line with our expectations since the turn of the year.

It rallied to its strongest position in eight months in April, having plunged to a seventeen year low following the devaluation of the Chinese Yuan in August last year (Figure 1). 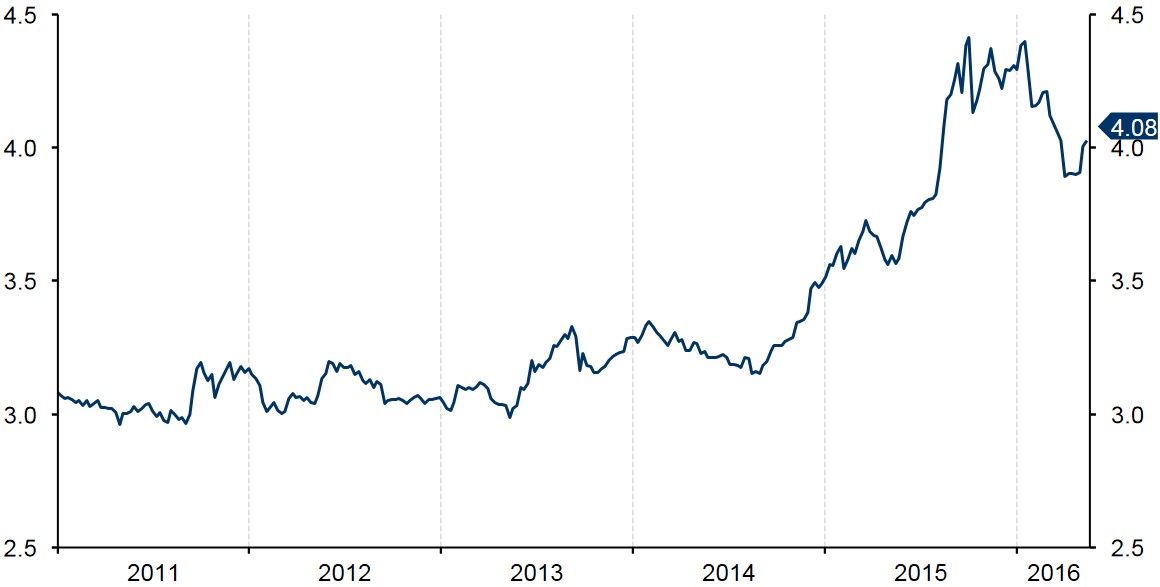 Last year’s sharp depreciation of the Ringgit has come amid a significant slowdown in the domestic economy. Malaysia’s economy has continued to suffer from a gradual slowdown in the past few quarters, growing by just 4.5% in the fourth quarter of 2015 (Figure 2), its weakest growth rate in almost three years.

The economy is expected to stabilize in 2016 around the 4-5% level, as buoyant domestic demand compensates for the China-induced slowdown in external trade. 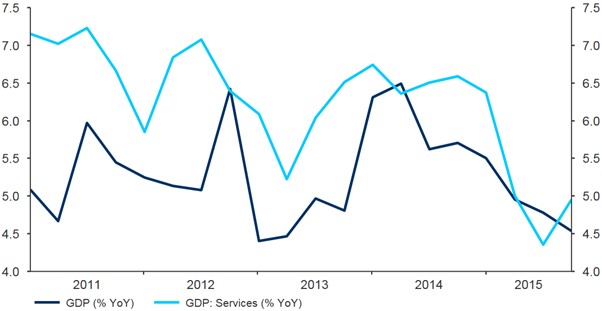 Political uncertainty has also continued to dampen investor sentiment towards the Ringgit.

The country’s Prime Minister Nahib Razak has been grappling with allegations of financial irregularity and impropriety involving state-owned investment company 1MDB. This has led to a serious crisis of consumer and investor confidence in the Malaysian government.

In order to protect the currency, Malaysia’s central bank, Bank Negara, intervened in the foreign exchange market in 2015 and Malaysia’s FX reserves fell. However, Bank Negara has been absent from the market recently and FX reserves have stabilised (Figure 3). 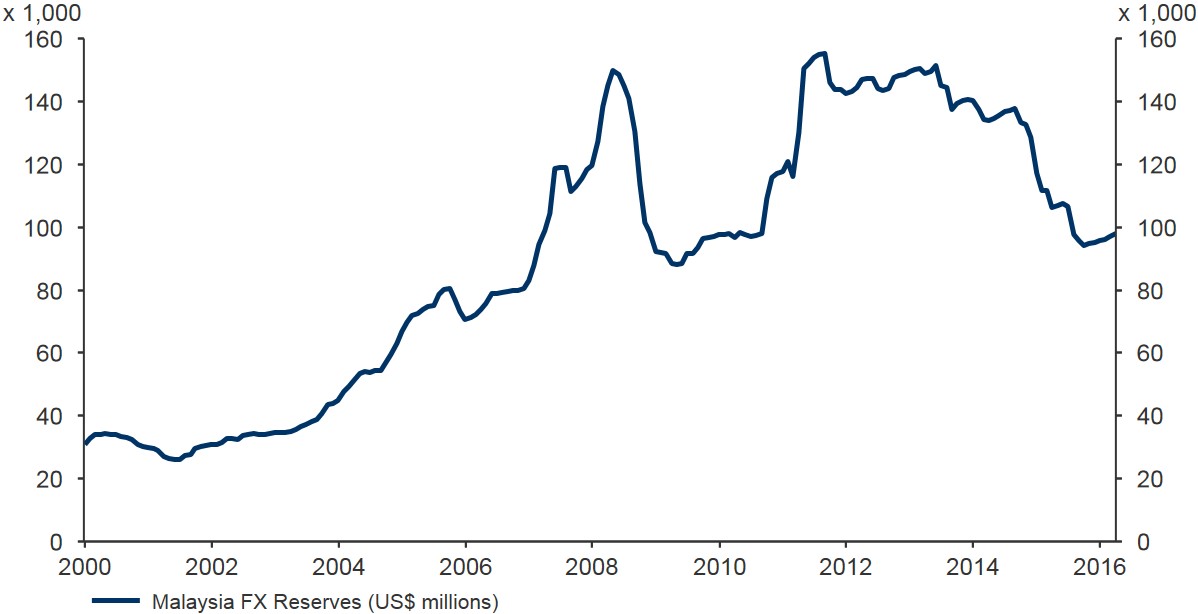 Furthermore, the country still has one of the largest hoards of FX reserves in the world and, at around seven-and-a-half months worth of imports, remains sufficient for the central bank to intervene and protect the currency from another sharp sell-off.

Encouragingly, headline inflation was down to 2.1% in April and is now back within the central bank’s 2-3% target. Previously it increased sharply following the implementation of the country’s widely unpopular 6% Goods and Services Tax (GST).

While the central bank has kept its benchmark interest rate unchanged since July 2014, Bank Negara has lowered the country’s statutory reserve requirements to spur lending and boost consumption.

Further, government revenue dependence on oil has fallen dramatically and, in 2016, oil revenues will account for less than 14%. This should alleviate much of the pressure on the currency from the sharp decline in oil prices, which has contributed to a recent sell-off in most emerging market currencies.

What does the future hold for MYR?

We forecast a relatively stable Ringgit against the US Dollar during the remainder of this year and throughout 2017.

This should ensure a gradual strengthening of the Malaysian Ringgit against the Euro amid large scale easing measures from the European Central Bank.

Our forecasts for MYR are as follows:

Get in touch to discuss your Malaysian Ringgit exposure.

Print
Previous post
Financial markets are correcting their views on US rate hikes
Back to blog
Next post
Sterling spikes after Brexit poll, Fed comments boost US Dollar