Our analysis and forecasts for the volatile Brazilian Real (BRL)

In line with our forecasts, the volatile Brazilian Real (BRL) has recovered so far this year.

It sold-off heavily in 2015, resulting in one of the sharpest depreciations of any emerging market currency (Figure 1). The Real lost over 30% of its value against the US Dollar amid a weak economic performance and political uncertainty, which has weighed heavily on investor sentiment. 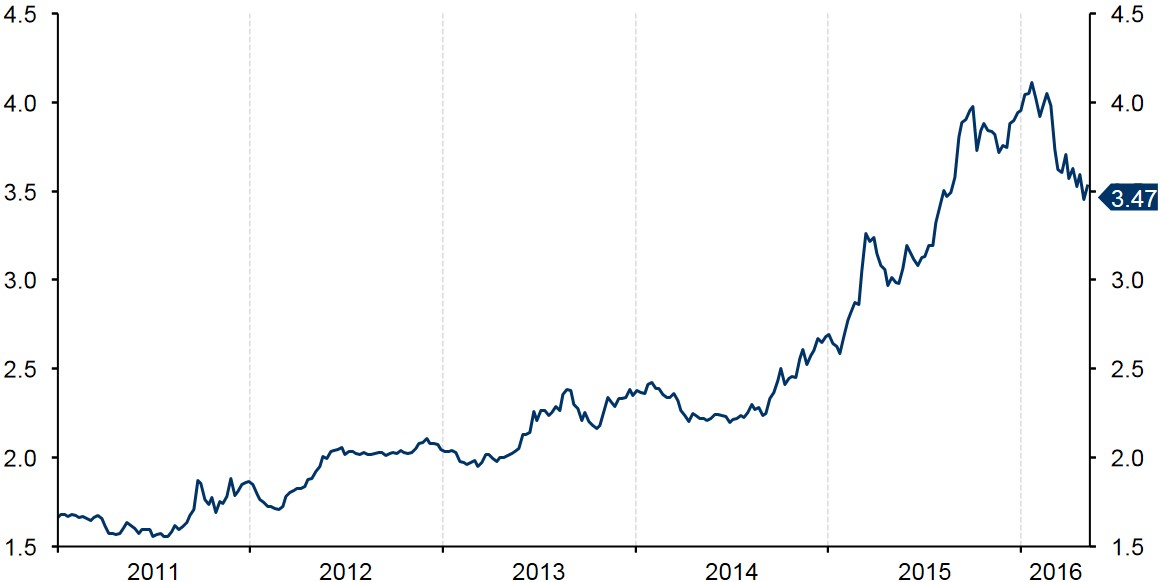 Political turmoil in Brazil has escalated in recent weeks and President Dilma Rousseff now faces impeachment after a heavy defeat in the Senate.

Rousseff, who has seen her popularity plummet amid the country’s worst recession in decades, faces allegations that she manipulated government accounts in 2014.

Brazil’s economy contracted 5.9% in the fourth quarter of last year and by a significant 3.8% during the whole of 2015 (Figure 2). Industrial and mining production were particularly hard hit, with both declining in excess of 6% amid the recent plunge in global commodity prices. 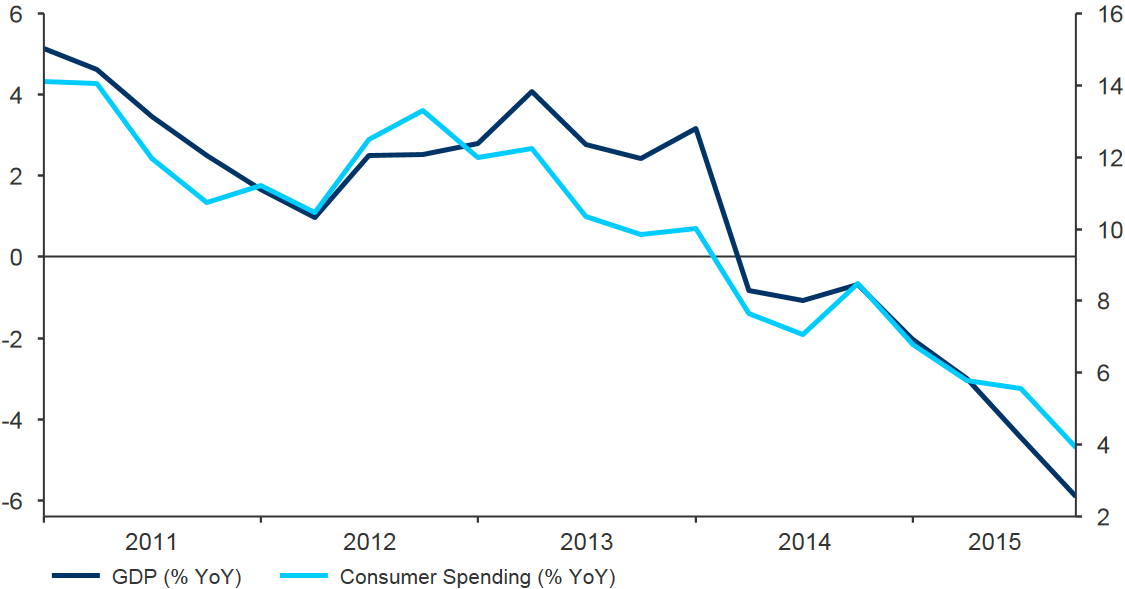 High interest rates, soaring inflation and political turmoil has weighed on investment and sent consumer spending lower. IMF growth forecasts for Brazil this year are among the worst in the world, with the economy again expected to contract by a downwardly revised 3.8% in 2016, which would mark its worst recession in more than a century.

The country’s budget deficit has ballooned under the leadership of President Rousseff, soaring to a record high in 2015 and equivalent to 10.5% of overall GDP. Meanwhile unemployment is at its highest in over six years.

Moody’s became the third major credit rating agency to downgrade Brazil’s status to junk in February, with the negative outlook suggesting that more downgrades may be coming.

Encouragingly, inflation has begun to slow again, having surged to a thirteen year high of 10.7% at the beginning of the year. Headline consumer price growth fell to 9.3% in April, its lowest level in ten months, albeit still well above target.

The Central Bank of Brazil accumulated a vast hoard of foreign exchange reserves during the years of Real strength, equivalent to nearly 20 months’ worth of import cover (Figure 3). This chest gives Brazilian authorities considerable room to intervene in the currency markets in order to stabilise the Real and prevent another excessive sell-off. 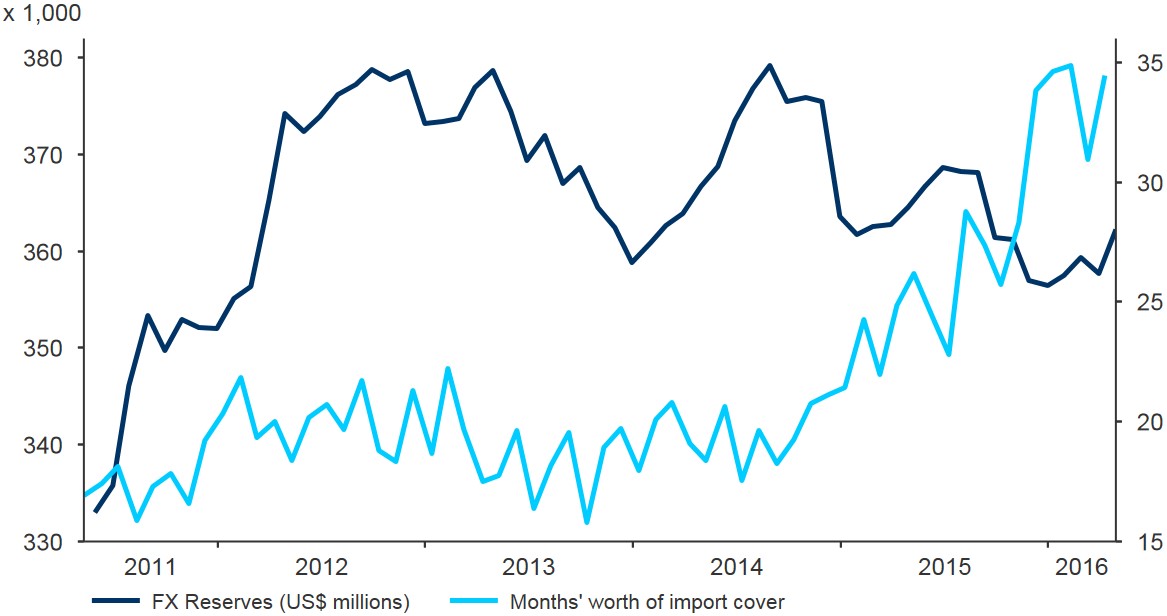 While the macroeconomic and political backgrounds are poor, in our view there are three main factors supporting the Real:

What does the future hold for BRL?

Our view that last year’s depreciation of the Real was excessive has been validated so far in 2016, with the Real being one of the best performing currencies in the world in the first quarter.

The significant supportive factors for the Real should ensure that this trend continues and we expect the currency to continue to strengthen against the US Dollar this year, before stabilising in 2017.

The large scale monetary easing measures launched by the European Central Bank in the Eurozone should ensure an even sharper appreciation of the Real against the Euro this year.

Our forecasts for BRL are as follows:

Get in touch to discuss your Brazilian Real exposure.